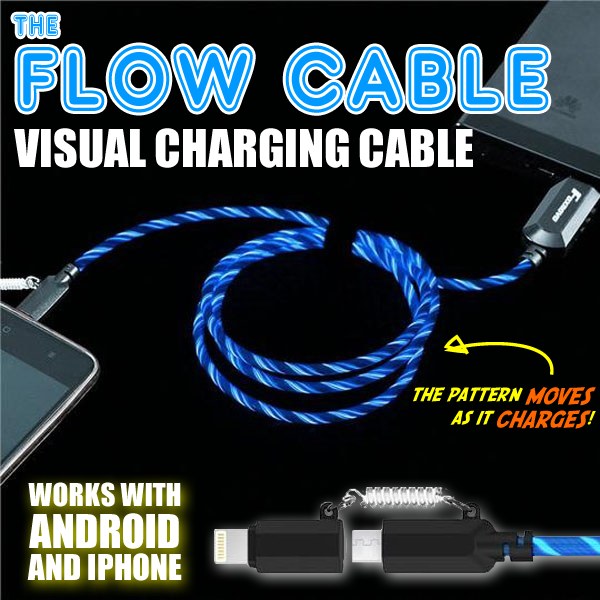 Be the first to write a review!

In Stock.
Visualizes the flow of electricity to your phone

Most USB and iPhone / Apple charging cables aren't what you would call "cool," but this one definitely is!

When you plug in your device to charge, the cable itself lights up with pulses of glowing blue that appear to move down the cable from the power source to your device. What could be cooler than that?

And this display isn't just for fun. It actually gives you a visual indication of the charging process: The light pulses move quickly at first, then slow down as your device charges up, and finally stop and go out when charging is complete.

This is a two-in-one cable, compatible with both Apple and Android devices. The certified Apple Lightning connector works with all of Apple's recent devices -- all iPhones from the iPhone 5 onward, all iPads from generation 4 and later, all iPad minis, iPod Touch 5th generation and later, and the iPod Nano 7th generation and later. For Android devices, this cable also has a micro USB connector that will work with most Android phones and tablets.

Apart from the cool flowing light feature, this is a top-quality cable. Its flat design makes it resistant to wear-related damage, and it has a greater than 5,000 bend lifespan. This is several times longer than standard cables.

No customers have left a written review of this product yet.

You can be the first to write one!